Stories in this category run the full range of genres and themes. If it's set in the main continuity and the romance is not the focus then it belongs here. By Gexegee/Organization VI (meta, parody, crossover) • Recommended by,,,,,, kt-low • Status: Complete • Synopsis: When Organization XIII is laid low by a new enemy called the 'Gutless' that attacks its victim's., it's up to the Organization's manlies—er, surviving members to save the day. Along the way many common fanfiction plots are roasted and Organization XIII watches It's also hysterically funny. • kt-low: This fic turns Xaldin, Vexen and Lexaeus into the most likeable characters I ever saw them for a Kingdom Hearts fic.

Just be warned that this is a story about the 3 least used characters in fanfictions making their way through Fandom Hearts, mocking it with genious and hilarious remarks, it's a huge on the,. By • Recommended by,, • Status: Complete • Synopsis: Described by the author as 'part fanfic, part prediction, part wishful thinking', this is essentially his own vision of Kingdom Hearts 3, featuring Sora and the gang fighting new enemies named the Dreamless. Unlike most fics, it is more like a walkthrough for a fictional game, going into detail about game mechanics and setting details, with an additional emphasis on bosses.

•: Note from the author, the parts of the story concerning Xion were by Kingdom Hearts: 358/2 Days. Just a bit of a warning there. • Recommended by • Status: Complete • Synopsis: Set just after the end of KHII.

KINGDOM HEARTS III tells the story of the power of friendship as Sora and his friends embark on a perilous adventure. Set in a vast array of Disney and Pixar worlds, KINGDOM HEARTS follows the journey of Sora, a young boy and unknowing heir to a spectacular power. Mmnhm just going to leave this here feel free to like 😃 ~Riku. Autocad installer free download 2008.

There were things that Sora himself remembered, and there were memories that were not entirely his own. And he decided to honor one of those memories. An Axel/Sora friendship fic with implied Axel/Roxas friendship as well, though the fangirls can interpret it as more if they wish. Hunter fan manual. • Comments: Like every good Kingdom Hearts fangirl, I frikkin adore Axel. And this WAFF with just a hint of melancholy thrown in gives me the warm fuzzies every time. 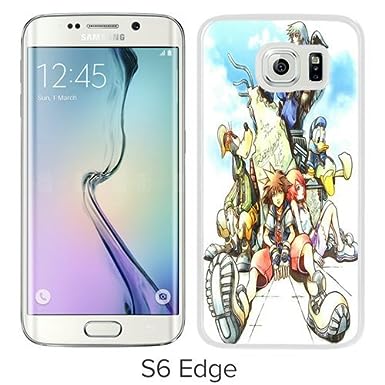 The Axelerate Series,,, and by • Recommended by Ditto*The*Dee • Status: all Complete • Pairings: Sora/Kairi, Roxas/Namine, Leon/Rinoa, Vincent/Tifa, Yuffie/Demyx, Xigbar/Paine, Tidus/Yuna, Marluxia/Larxene, Cloud/Aerith. Many, including some not listed here. • Synopsis: Its a trilogy that begins with Kingdom Hearts: Axelerate! The Organization XIII have been revived(And whats this? Kairi can control them!), who are given a second chance by gaining what are known as heart pieces. With these heart pieces, they can regain their lost hearts by relearning a given emotion, such as trust and bravery.

However, Axel is separated from the group, with a strange being, and through many tests to save the lost friend the group learns to be human again. By Tashasaurous • Recommended by: • Status: Complete • Synopsis: What if Eraqus had defeated Terra and Xehanort?